By The National Association of Home Builders
Aug 20, 2020

Single-family housing permits and starts expanded in July as housing demand and construction remains a bright spot for the overall economy. Demand is being supported by low interest rates and a renewed focus on the importance of home amid the virus crisis. Single-family starts in July were estimated by Census/HUD at a 940,000 seasonally adjusted annual rate, after a revised estimate of 869,000 for June.

Consistent with recent gains in the NAHB/Wells Fargo Housing Market Index (HMI), which has risen to match a data series high of 78, single-family permits increased 17% in July. Total permits for single-family homes issued in 2020 on a year-to-date basis are are up almost 6% compared to the first seven months of 2019. The increase in the pace of permits and resurgent builder confidence signals more gains for single-family starts ahead.

Looking back, single-family construction has been increasing since setting a recession low in April (679,000 annual pace), although they remain off the pre-recession peak of 1.034 million set in February. This marks a 34% decline from the peak starts pace in February.

In terms of economic impact, there were 503,000 single-family homes under various stages of construction in July. This count now appear to be rising again, after declines in February to June. This does represent a 3% year over year decline however.

There were 678,000 multifamily units under construction in July. This is almost 10% higher than a year ago. 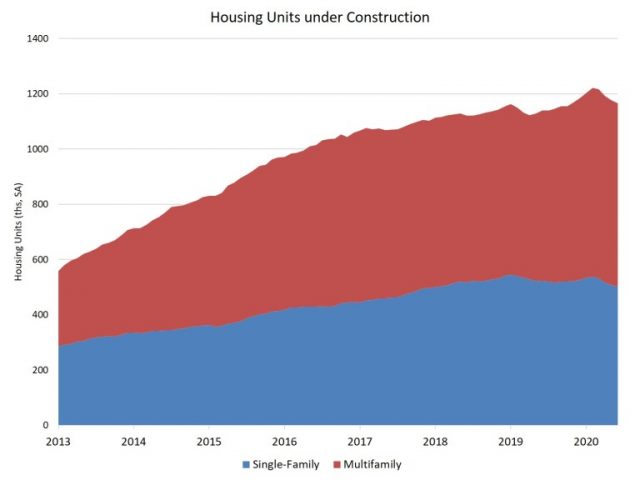 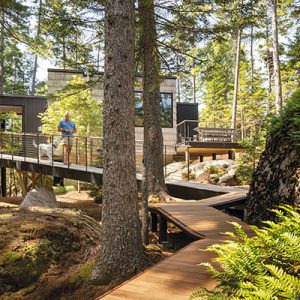 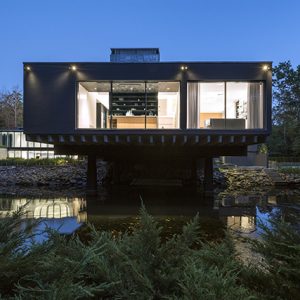 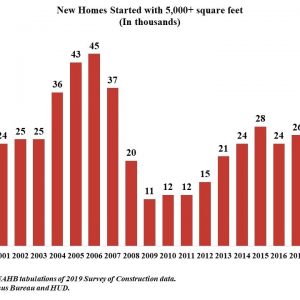 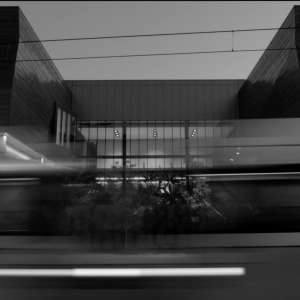