By The National Association of Home Builders
Sep 17, 2021

According to data from the Census Bureau’s Survey of Construction (SOC), the custom home share decreased to 17.8 percent of all single-family homes started in 2020—the lowest the annual custom home share has been since the 2005 re-design of the SOC.  The custom home market consists of contractor-built and owner-built houses—homes built one at a time for owner occupancy on the owner’s land, with either the owner or a builder acting as a general contractor. The alternatives are homes built for sale (on the builder’s land, often in subdivisions, with the intention of selling the house and land in one transaction) and homes built for rent. 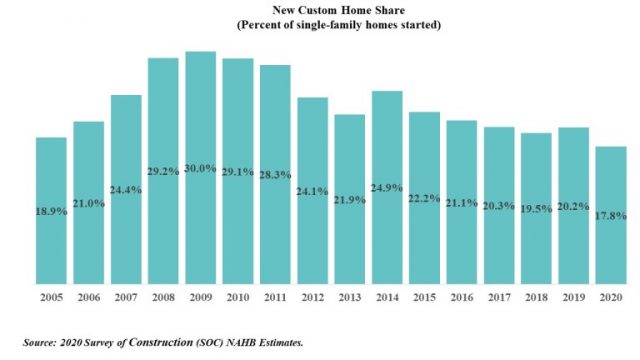 In 2020, 77.1 percent of homes started were built for sale, and 5.2 percent were built for rent. The quarterly published statistics show that the declining share of custom homes continued into the first part of 2021 (even while the absolute number of custom homes started per quarter  increased). Although the quarterly statistics are more timely, they lack the geographic detail available in the annual data set. 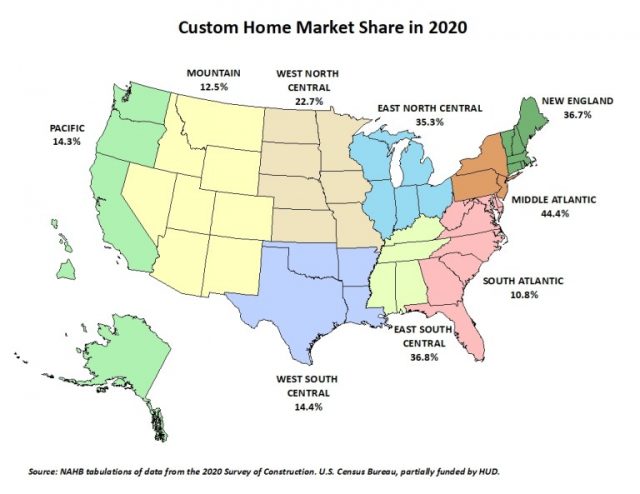