Butting up against the foothills of the Rocky Mountains, Boulder is a city whose residents take outdoor recreation seriously. With a horizon dominated by the bulky prows of mountains, it’s not hard to imagine that this landscape is deeply ingrained in the local psyche, and that domesticity and nature share equal importance. Indeed, this 1948 house’s connection to its site was what appealed to the owners when they purchased it nearly a decade ago. Located in Lower Chautauqua, a neighborhood at the base of the Boulder Flatirons, the house is a short walk from park trails, and its meandering footprint brought in the surrounding gardens at nearly every turn.

Of course, there was a catch. Mid-century ranch houses often suffer from low ceilings and dysfunctional floor plans, and that was the case here. The couple, who have a preteen son, hired longtime friend Renée del Gaudio, AIA, to undertake a considerable challenge: redraw the building three-dimensionally on the original foundation. They also requested a detached studio for the wife, who paints and owns an interior design business. “The qualities of the original house, the way it connected to the landscape, was what inspired the new project,” Renée says. “The new design made it even stronger, pulling from the original footprint.”

To ground the building in its setting, the working concept became “a house of gardens and light.” This required new massing, reorienting the windows, and a new roof design, including adding a partial second story that expanded the interior to 2,475 square feet from the original 1,750 square feet. “It was complicated working with the existing foundation,” Renée says. “It would have been easier to start fresh. But what we all loved about the original foundation was that because it took all these twists and turns, it allowed the gardens to come in at interior corners. The challenge was to turn the footprint into something that had rhythm, order, and clarity.”

She imposed that order by clearing out every interior wall and rebuilding the exterior walls almost exactly where they were on the original foundation. Diagrammatically, the house has a tall, clerestory-lit living and dining core facing the covered porch and backyard garden, with the entry, office, kitchen and breakfast area, guest room, and the son’s bedroom rotating around it. This move preserved the inside corners of those slightly doglegged spaces, creating convenient voids for plantings.

“We created a central open floor plan that pushed that ceiling volume up to 12 feet and let all of the more private spaces surround it at a lower ceiling height of less than 9 feet,” Renée says. “Motorized clerestory windows open to vent the house at the ceiling where the heat builds up and bring natural light to all the interior spaces.” The pop-up second level housing the TV room and the couple’s suite stretches front to back along the east side, its balcony providing a roof for the back porch. A glass railing along the hallway opens an airy view to the living area below.

The existing footprint also informed the layout of a 16-foot-wide sliding glass window wall system that opens the core of the house to the rear porch. “We wanted the sliding doors to face north so as not to overheat the house,” Renée says. “They are under the deep cantilever of the main bedroom roof deck.” 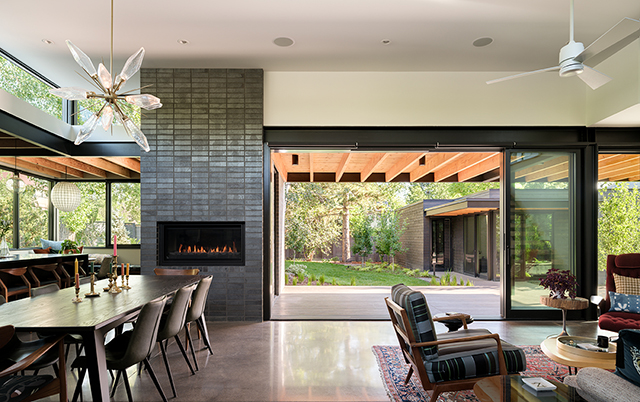 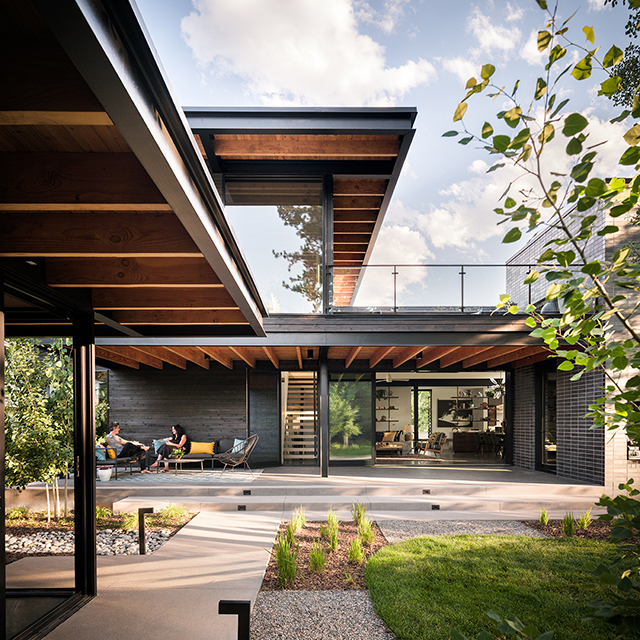 Another key indoor-outdoor connector is the thick masonry chimney, which anchors the entire design and makes poetry out of something mundane. On the first floor, the interior side holds a gas fireplace facing the dining table, while outside it houses a cooking grill. The middle is hollowed out and lined with the same Sioux City ebonite brick that wraps the chimney, creating a mudroom “arch” between the back porch and breakfast room. Upstairs it holds an outdoor fireplace on the main bedroom balcony. “The couple’s bedroom is really private, nested in trees,” Renée says. “The chimney screens them from the street to the west, and their deck looks to the big gardens on the north.”

If the new floor plan gave the house a more functional layout, the framing, shell, and finishes reinforce that rigor. Layered rooflines express not only its massing and organization but the bold strokes that bring light into the building and send it out to the street at night. Black-painted steel framing complements the king-size chimney brick and the ceilings and soffits made of exposed Douglas fir rafters and rustic-grade cedar planking (only the 12-foot-high core has a drywall ceiling). Dark gray and highly polished, the first floor’s 3-inch-thick radiant concrete slab is heated with an 8kW solar array that takes the home to net-zero energy use, including powering the garage’s two electric car charging outlets. The stairs and second floor are oak with a light gray stain.

“Inside we were going for earthy neutrals,” Renée says, adding that the wife designed all the finishes, including the slate kitchen counter and waterfall island countertop, and custom walnut cabinets.

The reconfigured floor plan syncs nicely with the family’s daily life. Positioned near the front of the house, the office bump-out has an exterior door, which comes in handy for meeting clients without sacrificing privacy when she is working from home. And the detached art studio, just across the yard from the son’s bedroom, doubles as the perfect hangout for him and his friends or lodging for overnight guests. 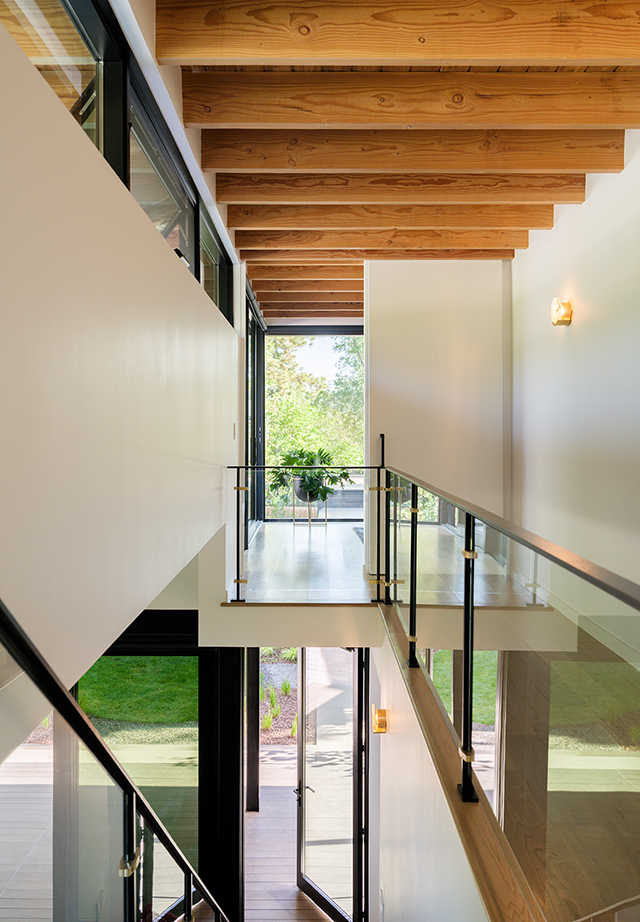 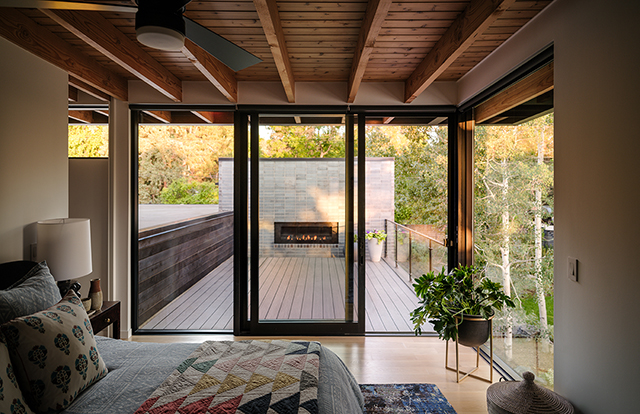 Although the design team didn’t have the luxury of siting the house on the lot, its large window and door openings now offer a fine perspective on the gardens. Early on, Marpa Landscape was brought on board to create a modern landscape template, using as much of the existing scheme as possible. Private rooms in the notched spaces—office and son’s bedroom, plus the detached studio—have their own viewing gardens. New plants are low-water natives, and the liberal use of dark gray gravel reduced the amount of high-maintenance turfgrass. “A ditch runs along the west side, and the original landscape bermed up to it,” Renée says. “It’s a great feature, and they made it even better with granite boulders that create natural places for people to sit in the back garden.”

In many ways, this renovation achieved the maximum effect by extracting and elaborating on the house’s positive aspects. And like any successful restructure, it looks more inevitable than it was. “The whole thing was a bit like a Rubik’s Cube because we were working with a couple of old foundations, tying that with the new,” says builder Dan Flohrs, a longtime friend of the clients. “There was at least one, maybe even two remodels that had been added to the original foundation.” The construction crew built another small foundation at the rear bedroom, extending it east and north to make that side of the house slightly bigger so that the couple’s suite could settle lightly on top.

“It was incredibly tricky construction-wise, but those complications were resolved pretty smoothly with this amazing team,” Renée says. “This is an unusual project for me in that it was also very much a collaboration with the owner who was an interior designer, and with the landscape architect. Everyone knew each other, and it was a cool experience working together.” 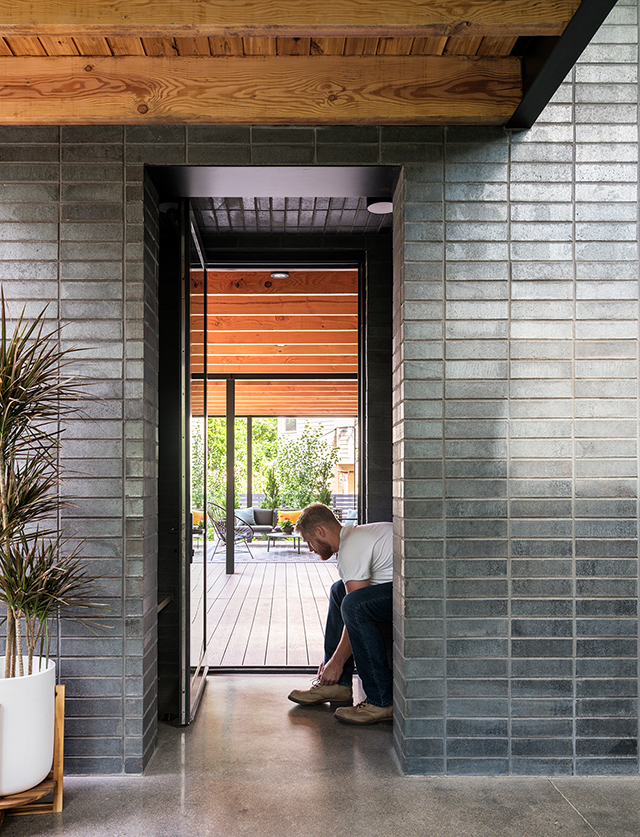 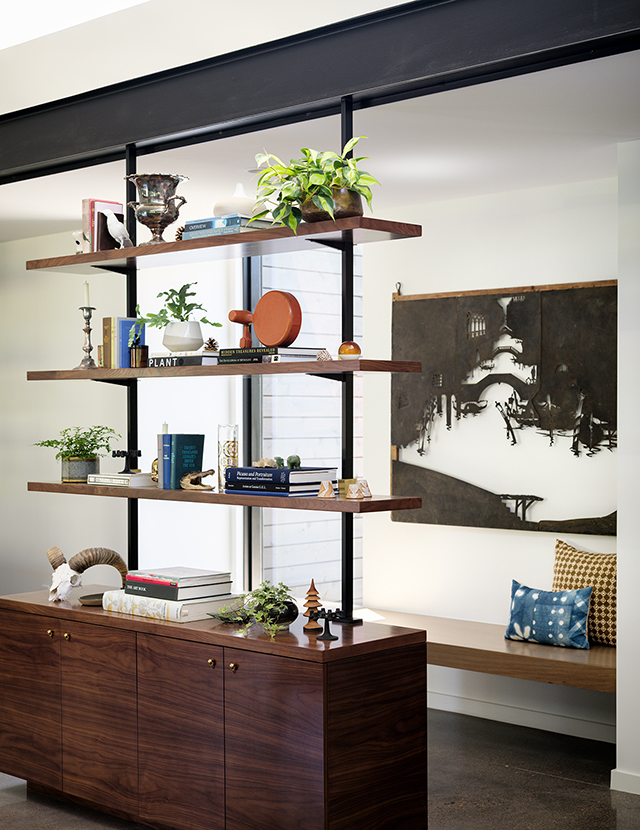 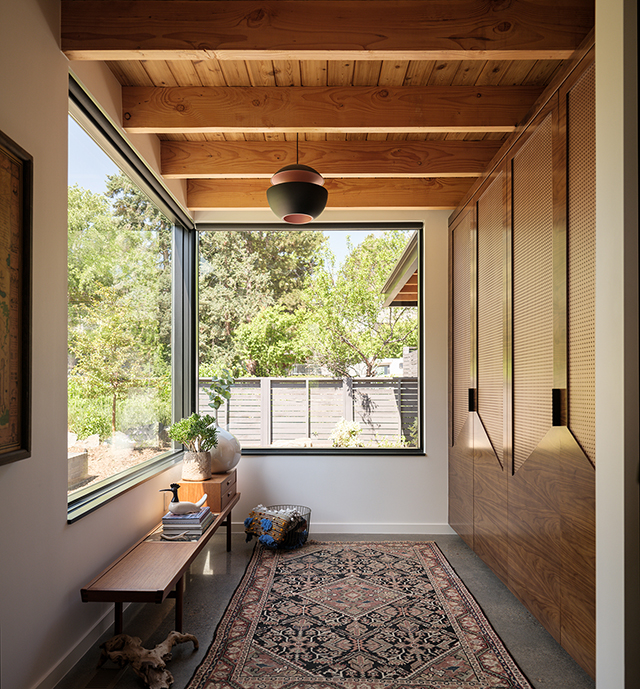 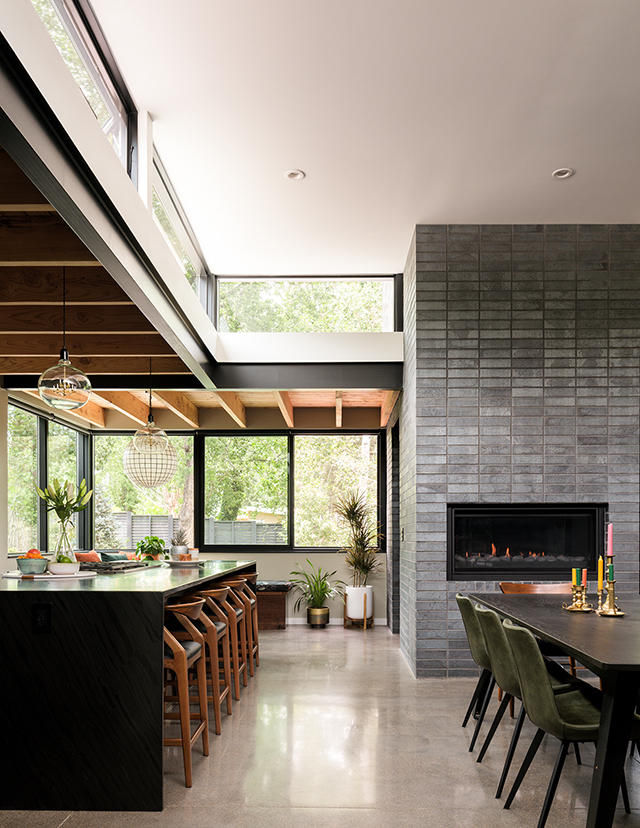 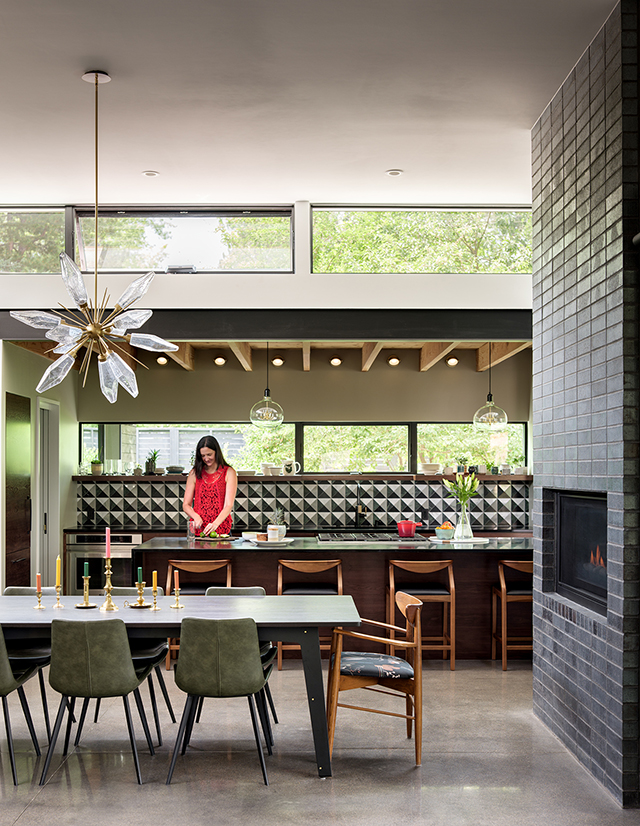 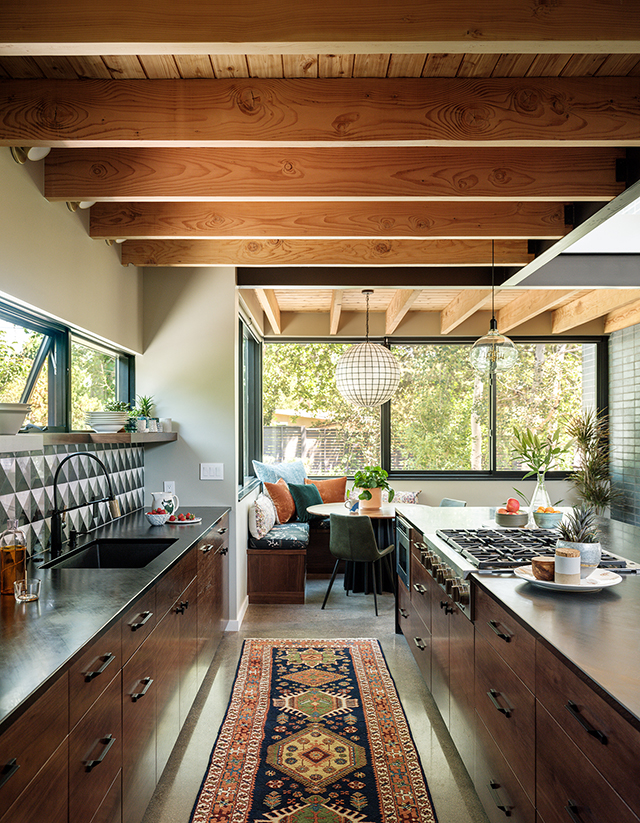 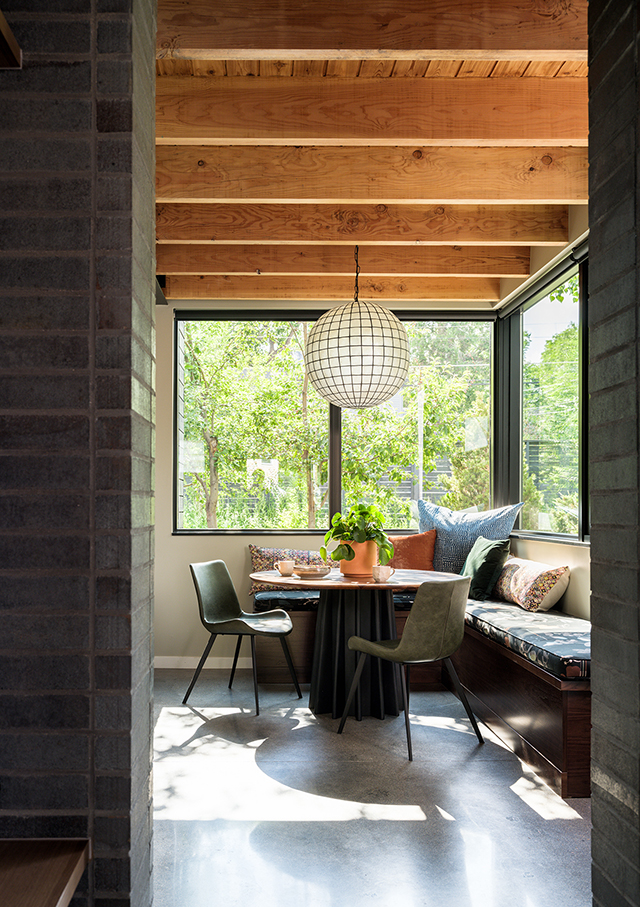 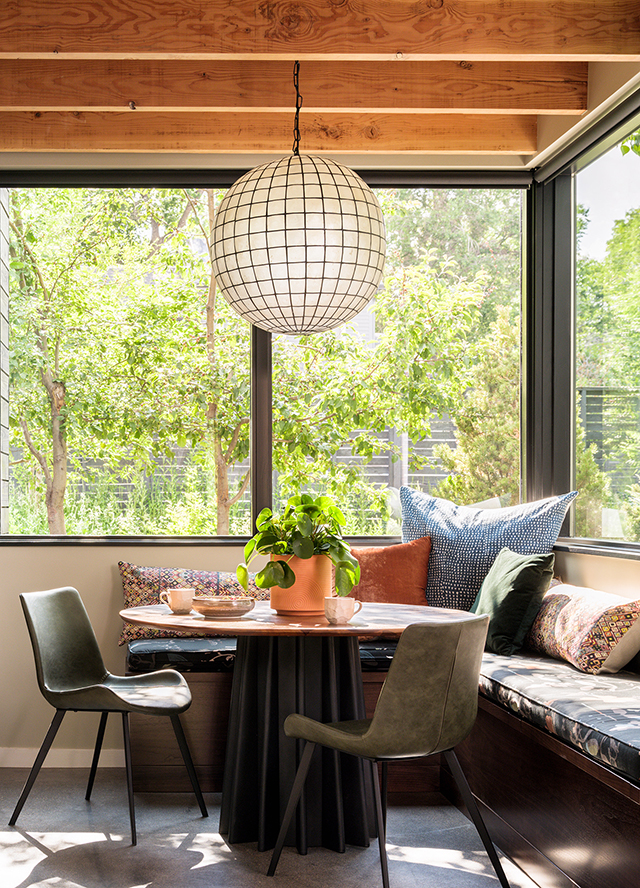 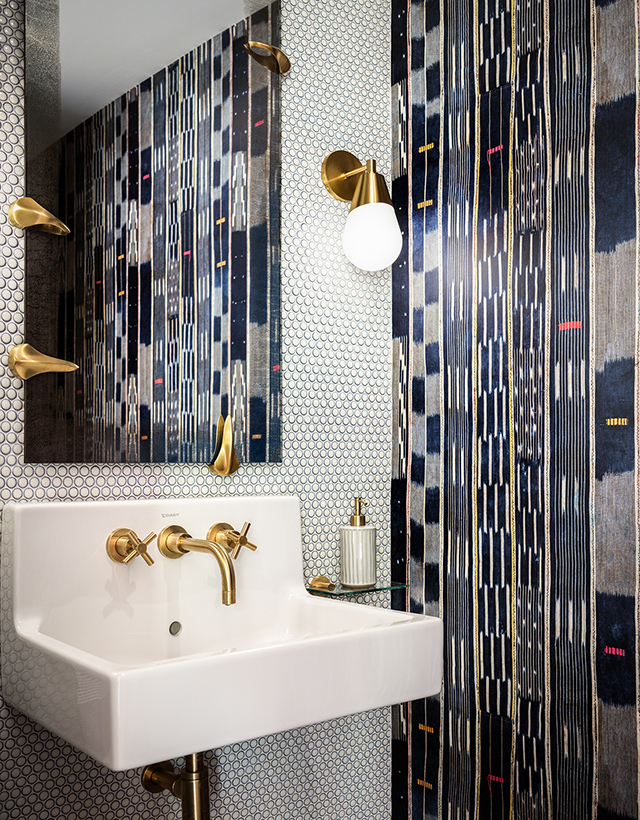 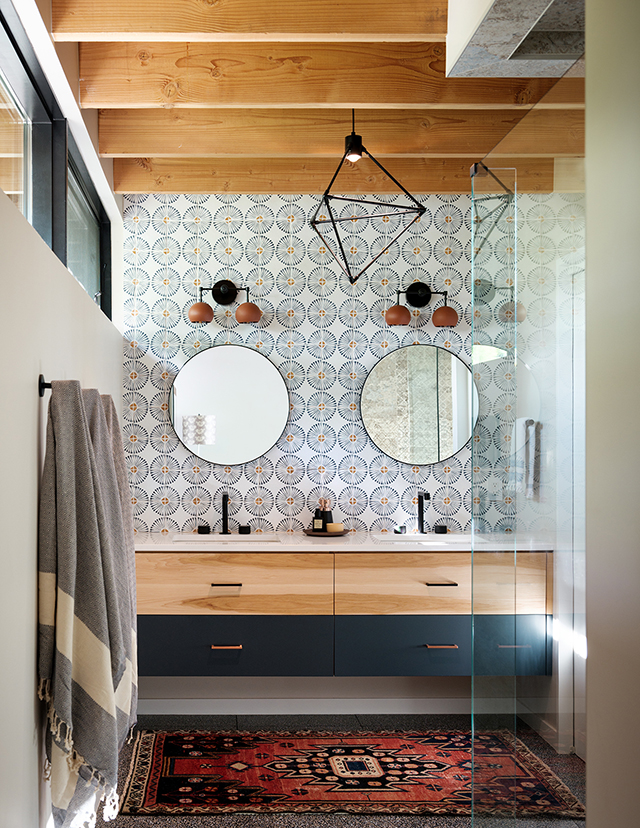 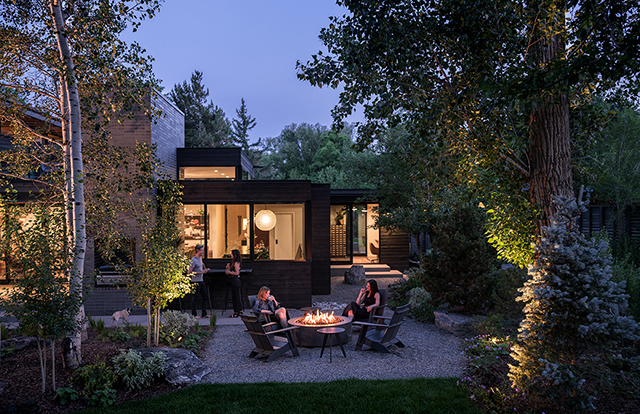 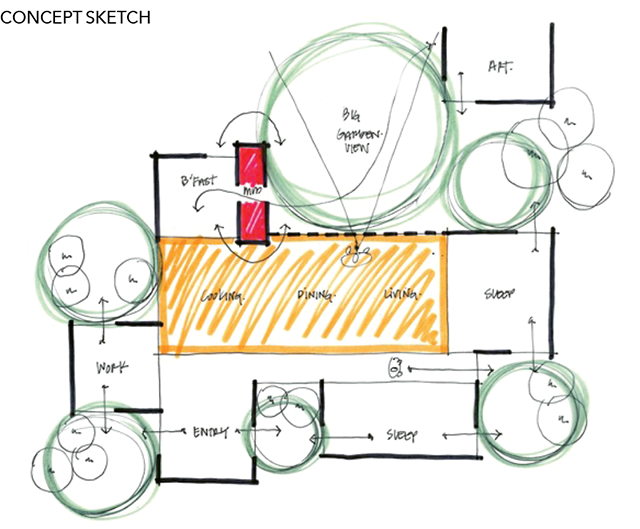 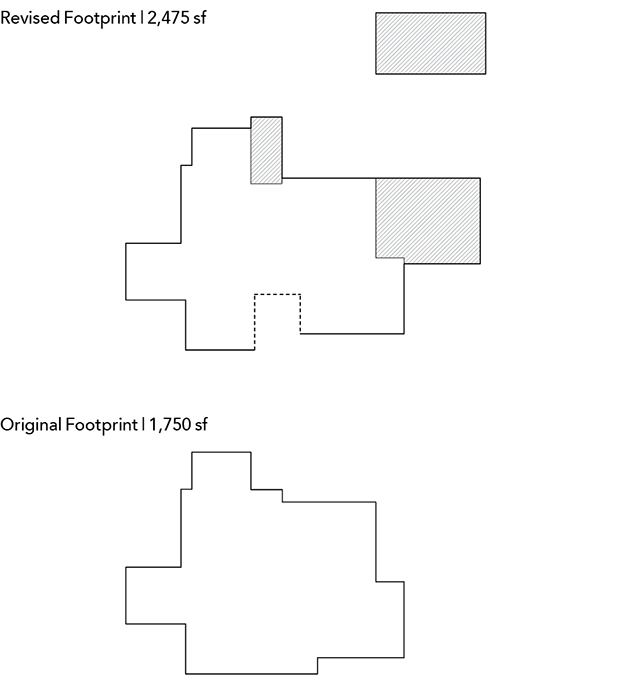 AIA Elevates 102 Members to the College of Fellows

Editor's Note: Are the Days Numbered for Architecture Studios?