Residential architecture, even at its best, is often a process of coming up with innovative spatial ideas on mundane suburban lots. This was not one of those cases.

In fact, the project had such an imposing pedigree that architect Max Levy, FAIA, tried to turn it down. The commission in question was an expansion of the landmark Stretto House designed by Steven Holl, FAIA.  New owners wanted to add three bedrooms to the abstract, idiosyncratic structure, which Max describes as “very personal, a beguiling piece of work, like a habitable sculpture.”

Completed in 1992, Steven’s design had been inspired by a wooded creek that cuts diagonally across the 2-acre site. The creek is punctuated by a series of cascades that step down over concrete spillways. “Steven was struck by what he called ‘water overlapping’ beneath overarching shade,” Max says. In response, the house is a series of slender concrete block forms like the concrete dams, containing utilitarian rooms such as baths, laundry, kitchen, and closets. Fluid, curvilinear metal rooflines span the living spaces between those masonry sections and metaphorically recall the creek. In musical terms, the house echoes a construct called a stretto, where one musical phrase overlaps another. “There was a piece of Bartók music he was familiar with, in which light strings are punctuated by heavy percussion,” Max says, referring to Hungarian composer Béla Bartók’s 1936 “Music for Strings, Percussion and Celesta.” 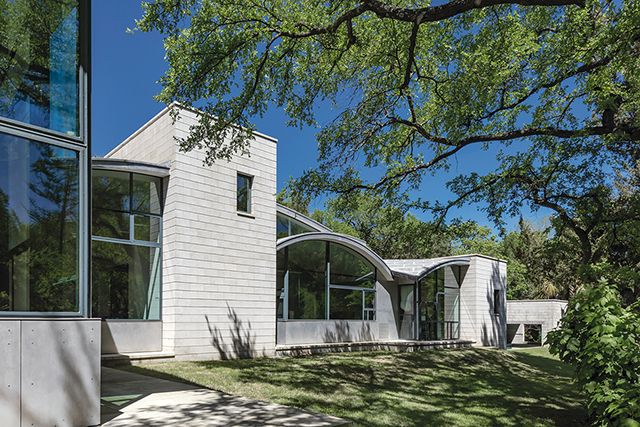 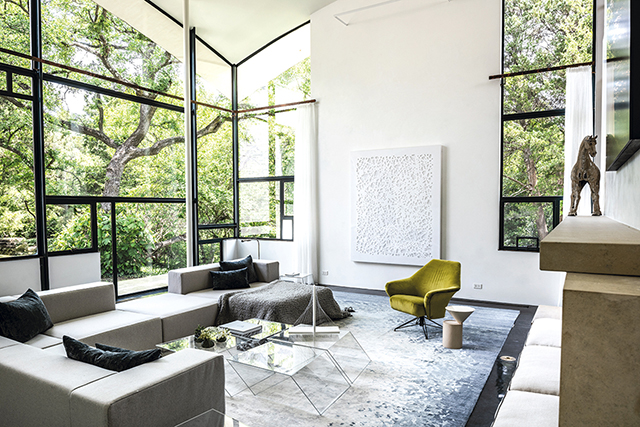 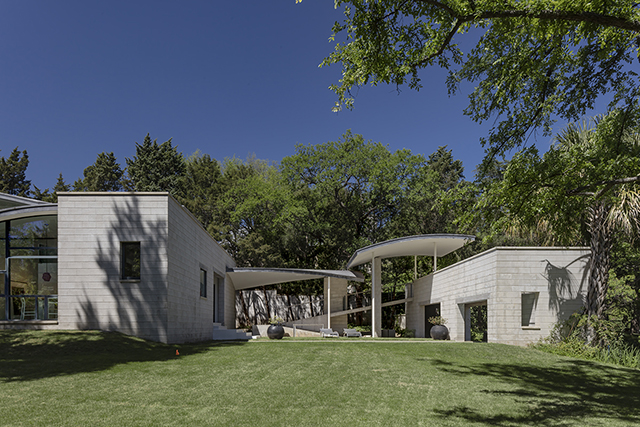 Personal indeed, yet Max was the obvious choice for the job. He had served as Steven’s local associate on the original house; its design was so demanding that he hired the construction firm that built the Kimbell Art Museum in Fort Worth. But Max didn’t see it that way. “I didn’t want to be the one to add onto it and have people say, ‘Who did that?’” he says. “I didn’t want to wound the building.” At first he declined, asking the new owners to go back to Steven. But they didn’t want to work long-distance with a New York architect, and so he agreed to take it on.

Every decision, from the material palette to the way the bedrooms attach to the north-south-oriented house, was made with keen sensitivity to the original design. They touch the house lightly and from a distance. A string of room-width bedrooms are “stem-mounted” by way of an 80-foot-long glazed gallery that reaches out to the south. With most of its back wall cut into a slope, the bedroom wing opens to the landscape and has a low profile that defers to Steven’s tour de force. This private wing is also obscured from the driveway by a long, thin perpendicular bar that houses the master bath, closets, and an outdoor shower. 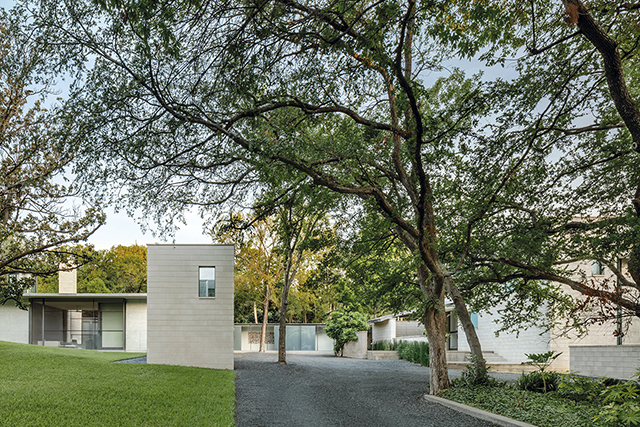 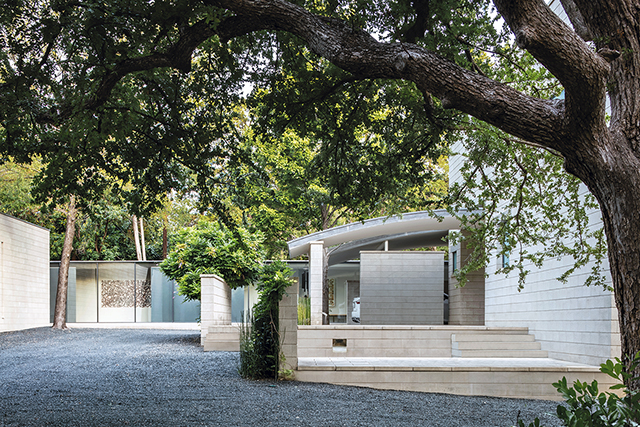 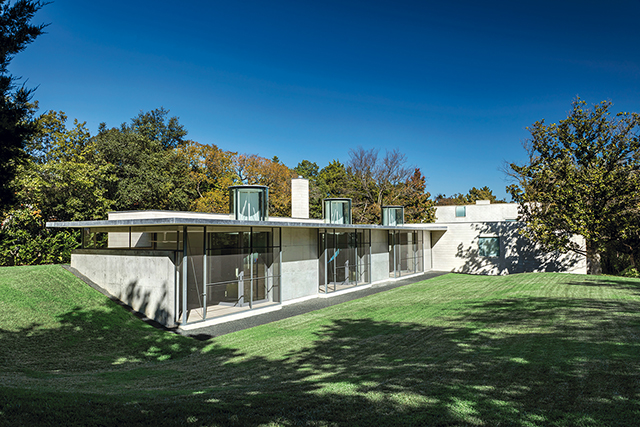 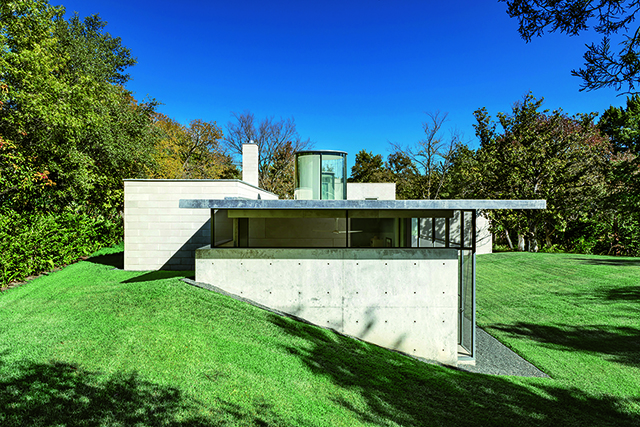 “A lot of architectural pilgrims come to Dallas to see this house; I didn’t want them coming up the driveway and being distracted by an unfortunate addition, so we didn’t repeat any of the roof forms,” Max says. Besides, “the house and creek are in an intimate relationship, and the addition is so distant that it wouldn’t have made sense.”

The clients had asked for a private screened porch on each bedroom so they can live outside when they want to. It’s an unusual request given Dallas’s intensely hot summers. Yet the weather is mild for half the year, and the porches are a passive counterpoint to the geothermal cooling system. Each bedroom and en-suite bath is fitted with glass doors that pocket into a wall between the bedroom and porch, so that each room opens fully to the fresh air. In the heart of the addition is an outdoor courtyard and fireplace that separate the master suite from the kids’ bedrooms.

Exterior materials mirror those of the main house, but on a smaller scale. Baths and dressing areas are clad in sanded concrete block, which resembles limestone. Here the blocks are 8 inches by 24 inches to emphasize the addition’s horizontality, while the block on the main house is 8 inches by 16 inches. The bedrooms are wrapped in light metal—3/16-inch aluminum plate that’s been sanded and screwed to a waterproof substrate. Cast-in-place concrete was used on the wall where the building backs into the slope.

Inside, the hallway’s black cork floor is a nod to the main house’s black concrete floors, and limestone floors in the gallery and screened porches match those in the house. Millwork and cabinetry are white ash with a clear finish, similar to the original stained white ash. The main house got a thorough facelift too, with refinished windows, interior and exterior walls, floors, and cabinetry, and updated lighting and HVAC. 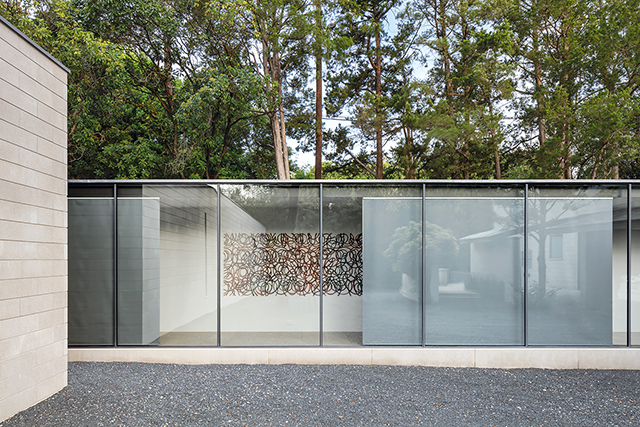 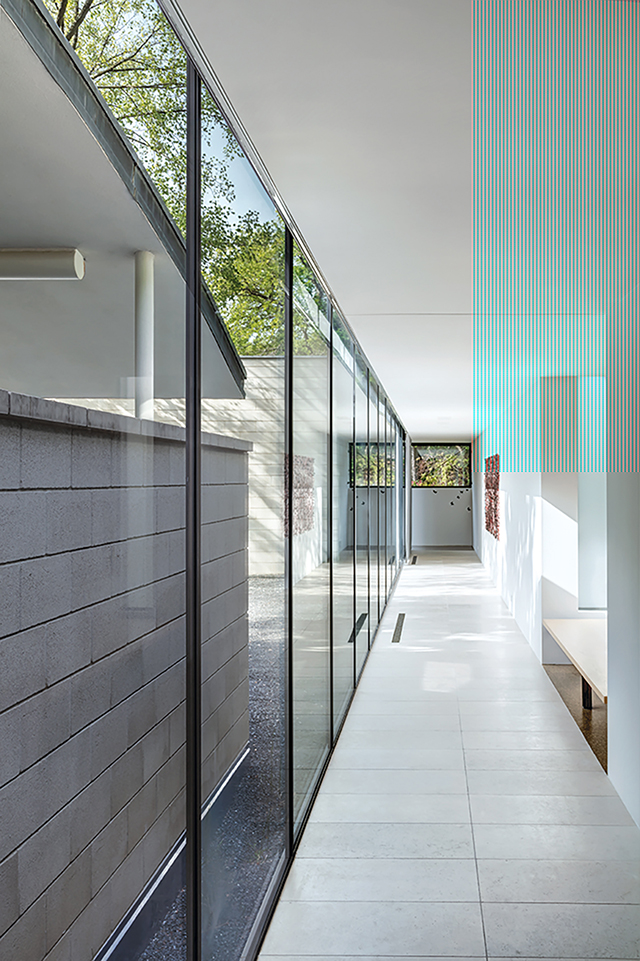 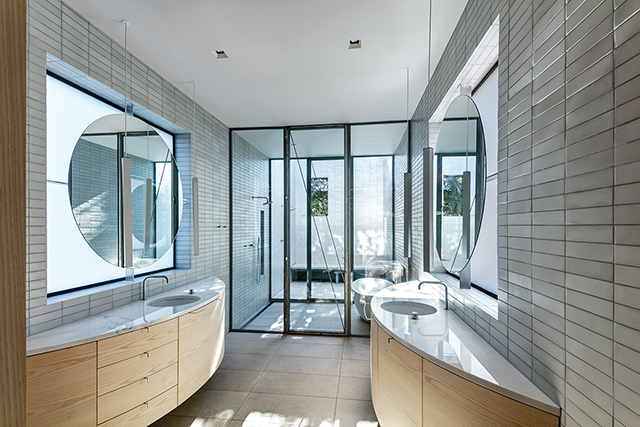 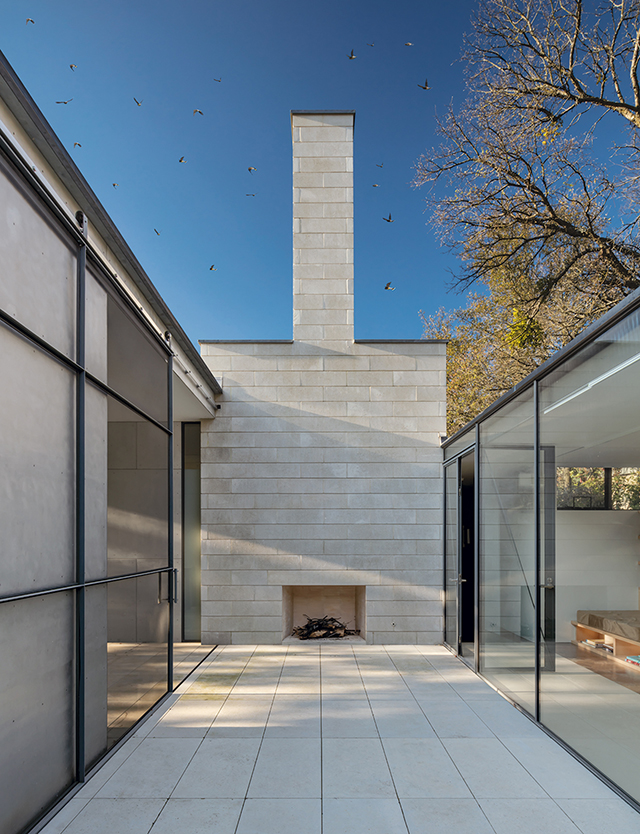 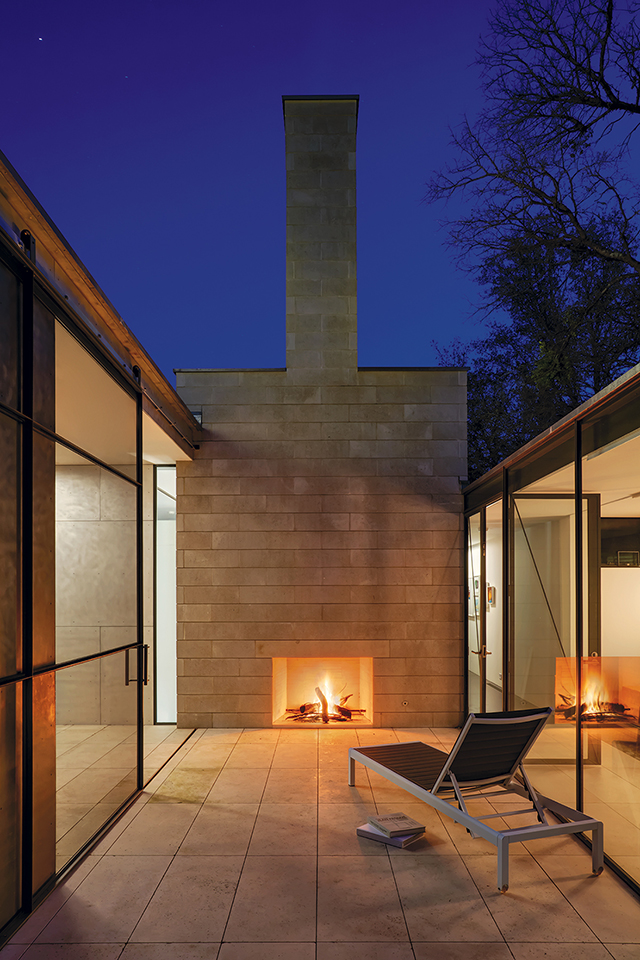 The addition might play second string to the star attraction, but it hits its own high notes. Echoing the house’s flowing indoor-outdoor relationships, the svelte glass hallway tethering the house to the addition has no columns, and it is precisely this unusual lightness that makes the ensemble sing. Of course, the reality involved some serious engineering, but the appearance is magical nonetheless.

“I didn’t think it was possible so didn’t suggest even doing it,” Max says. “But the engineer, Thomas Taylor, said, ‘Wouldn’t you like to have no columns there?’ He did the same thing in the bedrooms, eliminating the corner column where the doors open up. Whereas most architects struggle against their engineer because they keep beefing everything up, he kept honing the structure to get it lighter. It’s the rare structural engineer who has an almost artistic approach to his discipline.”

Thomas, principal design engineer at Datum Engineering, had also worked on Steven’s original design and understood the intent. He cantilevered the thin metal roof in an L shape, using a lot of structural steel in the opposite concrete wall. “The glass hangs from the cantilever,” says builder Stephen Hardy, owner of Hardy Construction. “The frames were premade off-site and the glass bolted in. Everything had to be precisely placed; there was no room for sagging or dips in the steel because the glass went right from the roof all the way down.” 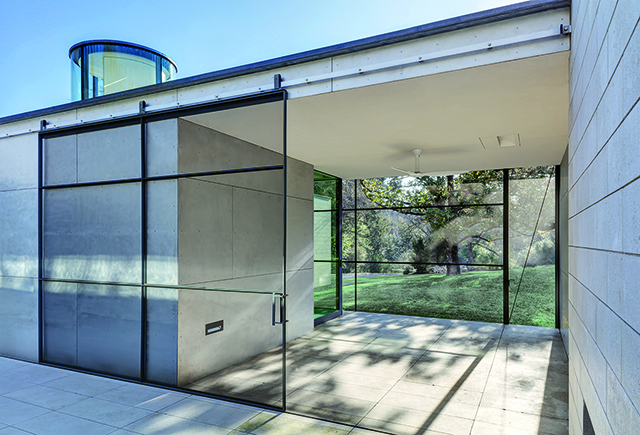 The house’s poetic connection to nature also sparked the idea for a “light sail” in the bedrooms—a manually operated semi-cylindrical glass monitor with a sail-like shading device. “The shades provide just enough of a lyrical element to be sympathetic to the house,” Max says. “They have a vaguely nautical quality, so there’s that water connection in a very subtle way.” 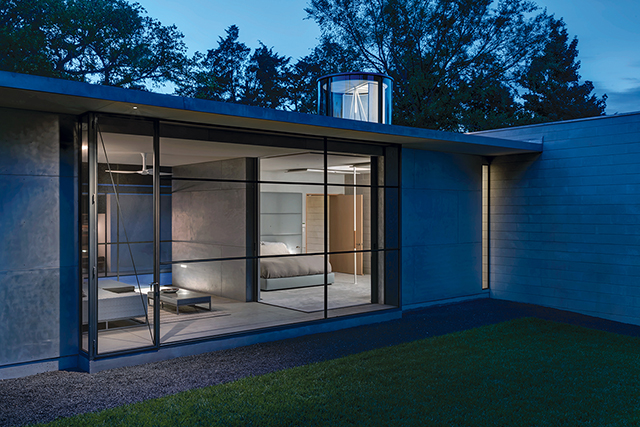 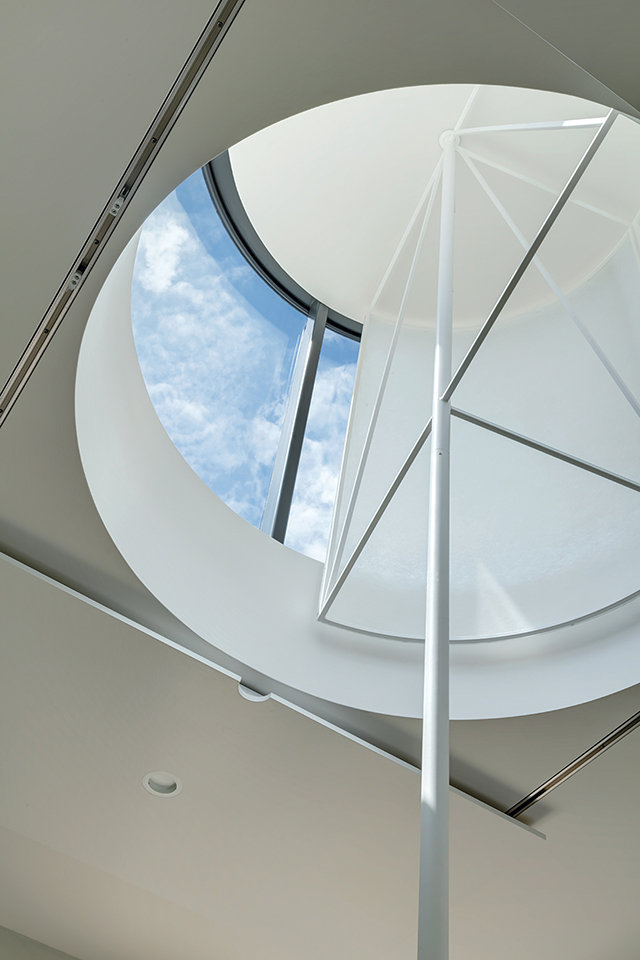 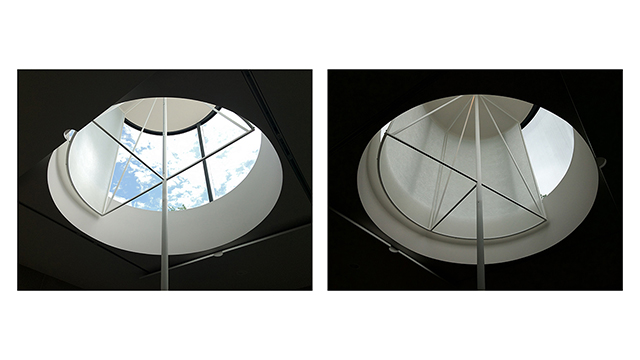 Each Lumasite sail is attached to a floor-to-ceiling mast that rotates on a delicate ball-bearing pivot and has a cork grip almost like a fishing pole. “You look up, see the sky, and adjust the device in relation to the passage of the sun,” Max says. The local metal craftsman who built them, James Cinquemani, added an LED light on top of the mast, figuring out how it could rotate while maintaining an electrical connection.

The clients grasped this concept immediately. A few days after the couple and their two young children moved in, Max came up the driveway and saw the light sails spinning round and round in both kids’ rooms. “It just delighted me,” he says. “I have this theory that if we can engage our peers with our work at one end of the spectrum, and a child at the other end, we’ll probably sweep along a large segment of society.” Speaking of peers, Steven approved too. When shown the plans, he said he felt “immediate relief” and had nothing but nice things to say. In that sense, Max’s design does double duty by both preserving a physical artifact and keeping it young. 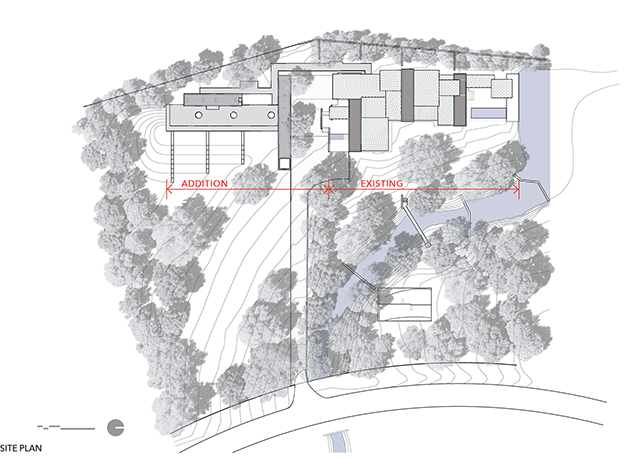 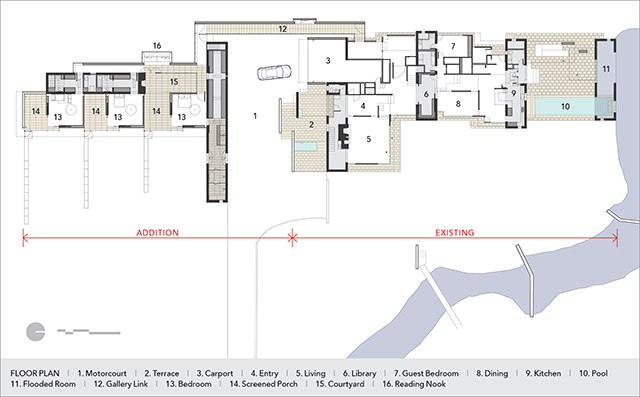 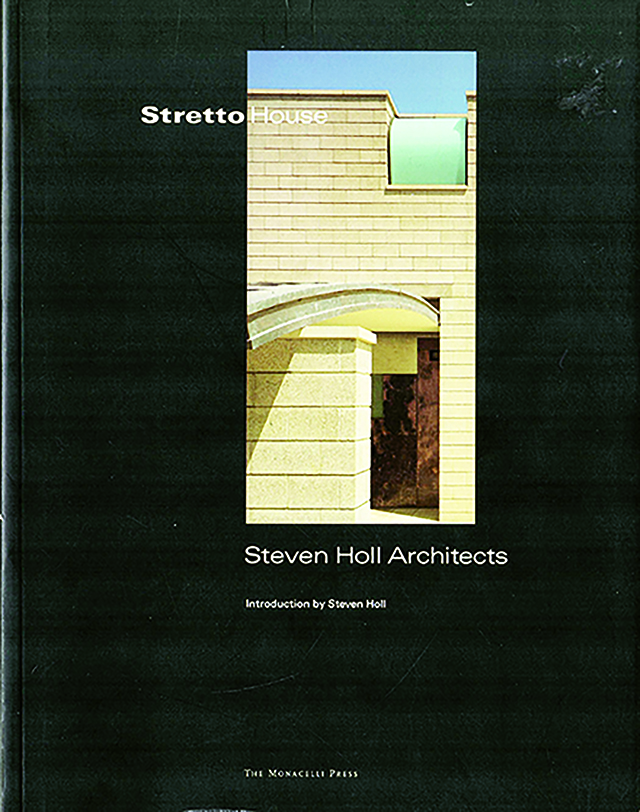 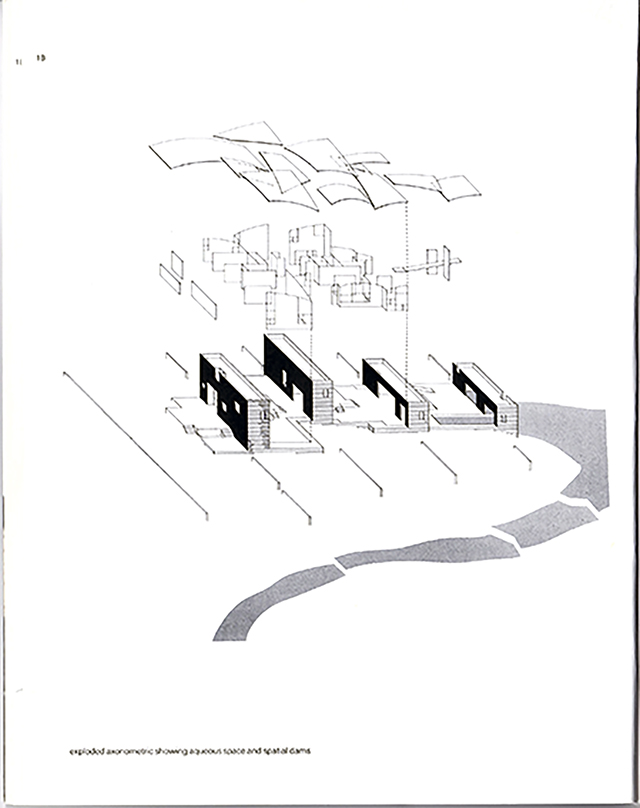 Addition to the Stretto House