By The American Institute of Architects
Dec 21, 2020

The executive order dictates an architectural style preference for federal courthouses and certain other federal buildings to be mandated by government agencies. The order attempts to promote “classical” and “traditional” architecture above other design styles.  The order also incorrectly vilifies the General Service Administration’s (GSA) Design Excellence Program.

“Communities should have the right and responsibility to decide for themselves what architectural design best fits their needs, and we look forward to working with President-Elect Biden to ensure that,” said EVP/Chief Executive Officer Robert Ivy, FAIA. “Though we are appalled with the administration’s decision to move forward with the design mandate, we are happy the order isn’t as far reaching as previously thought.”

The AIA does not, and never will, prioritize any type of architectural design over another. In February, AIA members sent over 11,000 letters to the White House condemning the mandated designation of “classical” architecture as the preferred style of all federal courthouses, all federal public buildings in the Capital region, and all other federal public buildings whose cost exceeds $50 million.

The executive order requires extensive justification to use anything other than the preferred design style. While the executive order makes mention of incorporating regional design traditions, in practice it would still cut local voices out of a critical part of the design process. It inappropriately elevates the design tastes of a few federal appointees over the communities in which the buildings will be placed.

The AIA will continue to support The Design Excellence Program, which maintains a style-neutral approach that focuses on community-centered decision-making, demonstrated architectural skill, and public input. The diversity of American architectural achievement is a national treasure that must be continued.

AIA provides members with tools and resources to assist them in their careers and business as well as engaging civic and government leaders and the public to find solutions to pressing issues facing our communities, institutions, nation, and world. Members adhere to a code of ethics and conduct to ensure the highest professional standards. 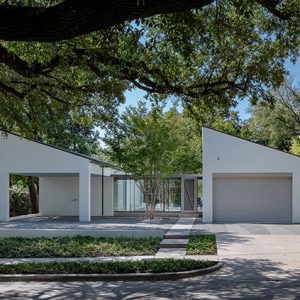 “The most common building type in America is a modest house in a modest neighborhood, and yet architecture seldom results from that,” says Max Levy, FAIA. “I always wanted to do that... 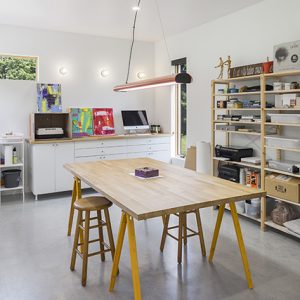 As the events of the pandemic began to unfold last spring, the discussion among my fellow CRAN members was that, despite the human and economic tragedies surrounding us, residential architects were seeing... 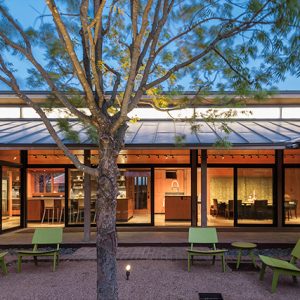 It can be a blessing or a curse to remodel the work of another architect, but for Mark Wellen, FAIA, of Rhotenberry Wellen, this project in his home base of Midland, Texas,...