By The American Institute of Architects
Jun 24, 2021
Central to the design concept is the choreography of ‘user flows.’ Bikers and hikers, entering, departing , meeting up and resting pre- and postexcursion are kept safe and given respect. Photos/Copyright: Matt Winquist, Winquist Photography

Category:  Up to $1.5 million in construction cost (Category Two)

At 30,500 acres, the McDowell Sonoran Preserve in Scottsdale, Arizona, is the country’s largest urban land preserve. Drawing nearly one million visitors annually, the preserve’s trailheads help protect the preserve while amplifying its advocacy efforts and minimizing the impact on the sensitive desert ecosystem. The new Fraesfeild Trailhead sits atop a subtle and vegetated plateau, offering some of the most sweeping views of the preserve and nearby Tonto National Forest.

In the early 1990s, residents voted to preserve land in north Scottsdale in an effort to protect the McDowell Mountains and the Sonoran Desert. Three parcels of land measuring about five square miles comprised the initial McDowell Sonoran Preserve. Continued use and voter support have helped the preserve swell to its current size. In 2014, which marked the preserve’s 20th anniversary, the team was hired to create a master plan for two new trailheads in the preserve’s northeast section.

“The project has a very effective and phenomenal siting.”       – Jury comment

Fraesfield Trailhead, which opened in late 2019, is one of those. The modest structure occupies a site that once held a roaming cattle ranch homestead. Constructed of desert-appropriate materials, it blends into the surrounding landscape as it provides visitors accessing the preserve’s 130 miles of trails with shade, educational space, and a platform for viewing the landscape. Restrooms and an outpost for volunteers enrolled in the preserve’s Pathfinders program are additional key elements.

The architecture expresses the site’s ranching history through its use of rusty, textural steel panels. As it captures the viewsheds, the trailhead is perfectly calibrated for solar protection in the morning and early afternoon. In particular, the structure frames views of nearby peaks, while the cantilevered outlook draws in the Tonto National Forest, allowing visitors to study and seemingly touch the horizon. Interpretive signage throughout details the history of the land and further educates visitors about the surrounding environment.

“The project has a very effective and phenomenal siting,” noted the jury. “The design is very experiential and iconic. It frames the skyline and great views of the horizon and touches the ground lightly. Overall a very strong project.”

“The design is very experiential and iconic. It frames the skyline and great views of the horizon and touches the ground lightly. Overall a very strong project.” – Jury comment

The trailhead is intentionally minimal in its elements and impact on the site. The only water required is for toilet operation, and it is stored in underground tanks and refilled as needed. Electricity powers just emergency and safety lighting, the soft internal glow of which provides an element of wayfinding.

While the trailhead is removed from the urban centers of Scottsdale and Phoenix, one of its primary goals is to provide universal and free access to the preserve for all community members. To that end, the team and the project were guided by considerations for the health and well-being of the greater community and the fragile desert environment. A series of public forums ensured that the most essential amenities were programmed to accommodate a wide range of visitors. 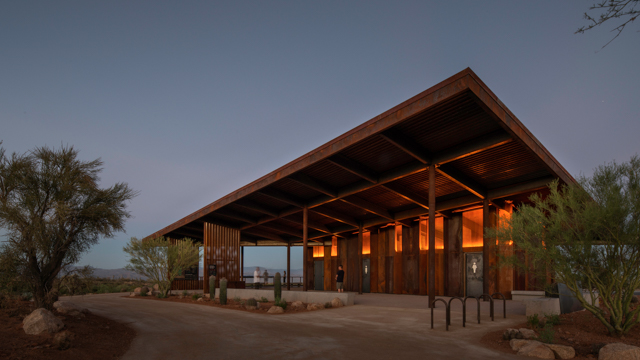 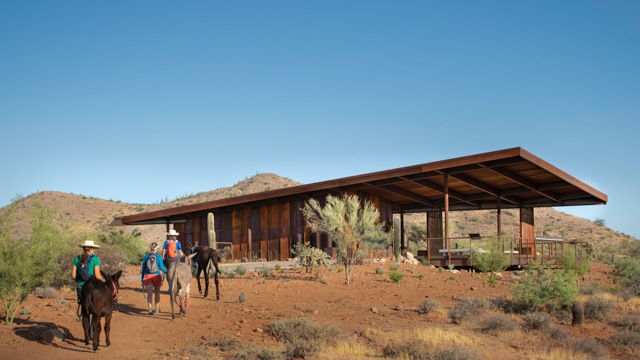 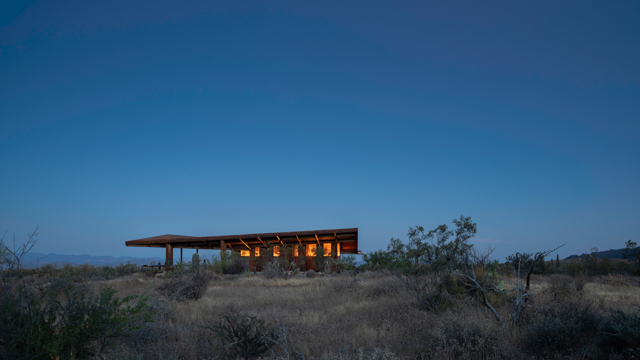 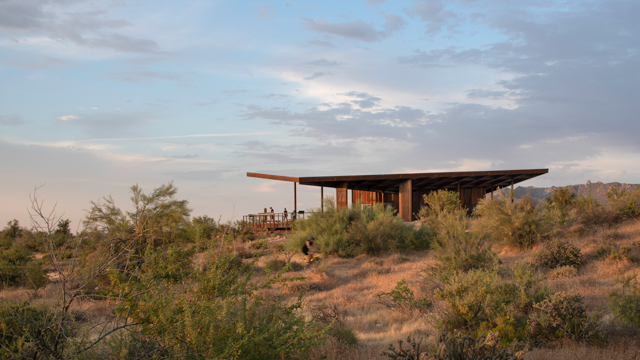