Viewed from a distance, the Pennsylvania Farmhouse looks no different from the others that dot this hardscrabble countryside. It’s only when you get close that you notice something else is going on. Cutler Anderson’s modernist rendering of the region’s modest, white-painted farmhouses responds to its orientation on the land and the client’s relatively tight budget. Its simple, boxy form helped control construction costs, while its most striking feature—the rhythmic pattern of two-story rolling screens—mitigates solar gain.

“We needed to think of a more compact building with less surface area to make budget,” says Jim Cutler, FAIA. “I started thinking of it as having the basic shape of a Monopoly hotel, which was consistent with the sample shapes of farmhouses. I grew up not far from there in Wilkes-Barre and have biked and driven all over that countryside.”

Sited on the edge of a hedgerow at the top of a rolling meadow, the home’s two-story glass façade takes in the best views to the south. “It’s a farm, so it’s mostly in hay, with half returned back to forest,” Jim says. “It’s a nice territorial view; we wanted to open it up to that on the south side, but there is substantial heat gain.”

While designing this house, the firm was also working on a super-energy-efficient high-rise government building in Portland, Oregon. “We learned an enormous amount from the engineers about heat gain and loss,” Jim says. “Each side was different, depending on the exposure, and we thought, can we apply some of those ideas to a residence? That’s how we got the big sliding screens.” Operable from outside, like barn doors, the sunshades are made of beveled painted cedar and slide easily on bearing hardware. “You can literally use your little finger to roll them, and the cedar is so light and durable,” he says.

That move makes the house both more practical and more poetic than its country cousins. The architects learned from the contractor that closing the shades at midafternoon on hot days reduced the interior temperature by as much as 20 degrees. The shutters also allow the owners to secure the house against vandalism when they are away for extended periods. And viewed from the outside, the building glows when the lights are on at night.

The interior too is anything but typical. The kitchen/dining area and the master suite flank a double-height living room on the first floor. Upstairs are three more bedrooms with en-suite baths. Supplementing the wood stove, radiant floors are powered by a ground-source heat pump that’s backed up with a wood-fired boiler. And the house can meet a warming climate head-on: ducts were run for future air-conditioning, and the white metal roof is wired for future solar arrays.

Cutler Anderson’s impeccable design and construction got high marks from the judges, and it’s something only a talented team can pull off. “The super took it as his life’s mission to do his best work,” Jim says. “It’s as flawlessly executed as any building we’ve ever worked on.” 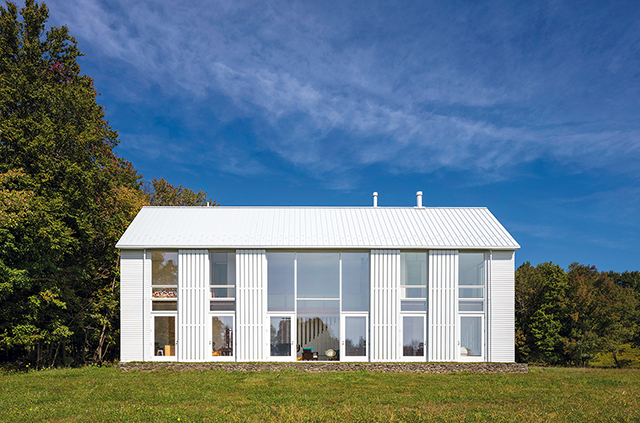 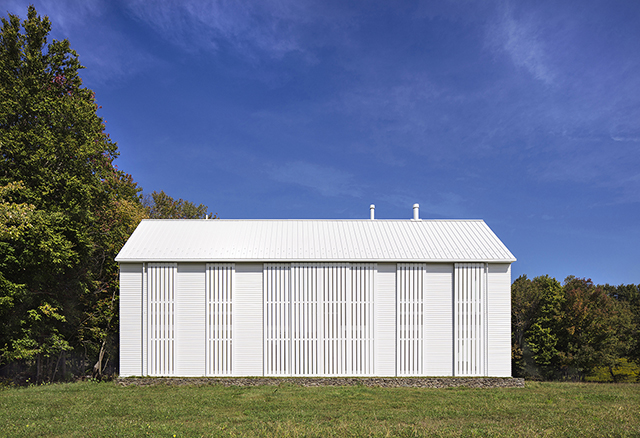 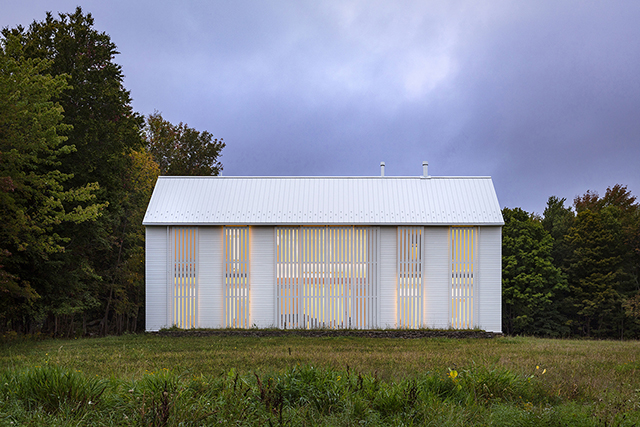 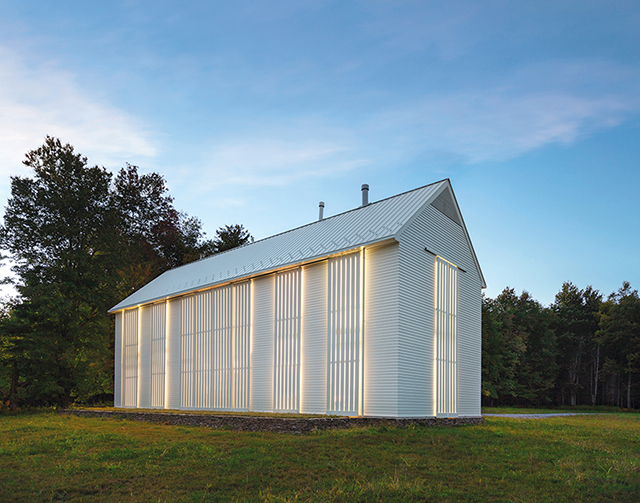 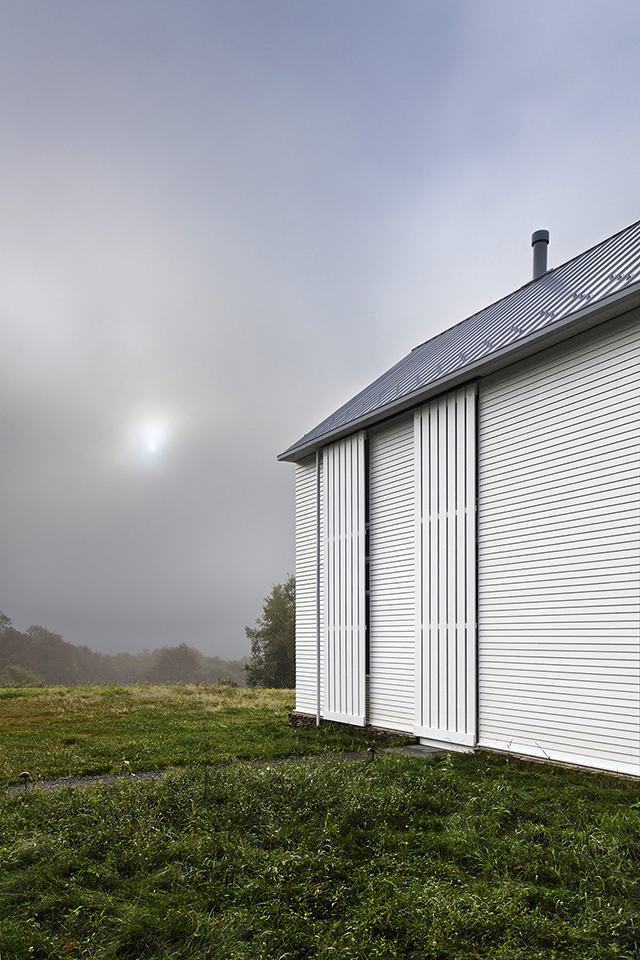 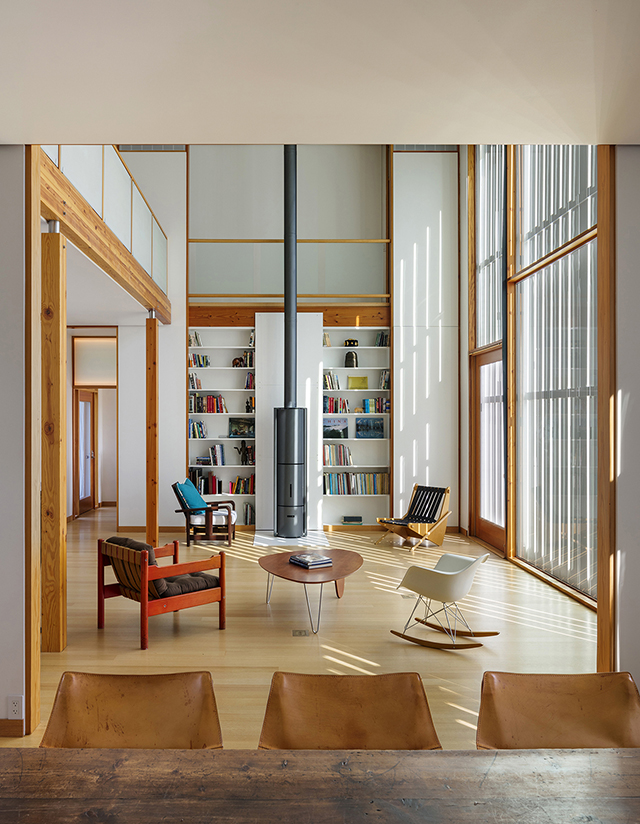 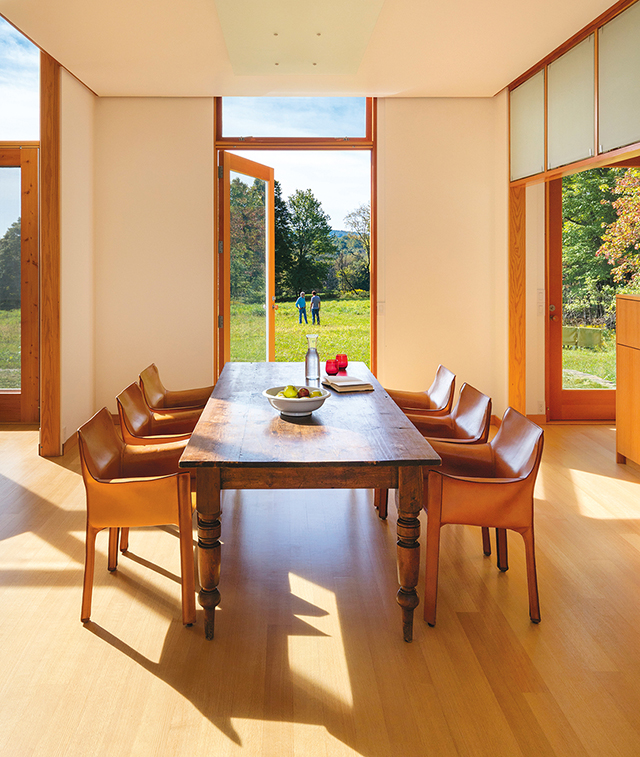 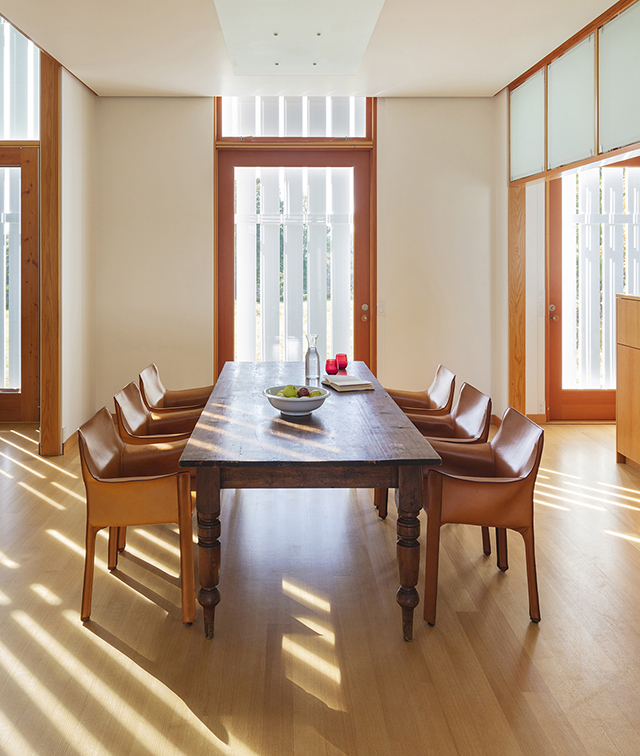 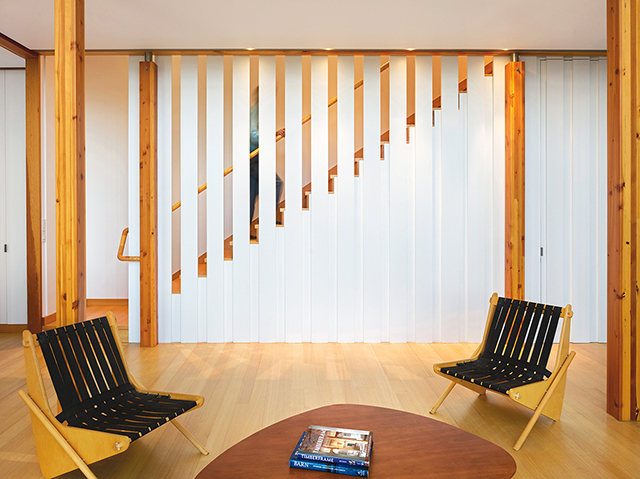 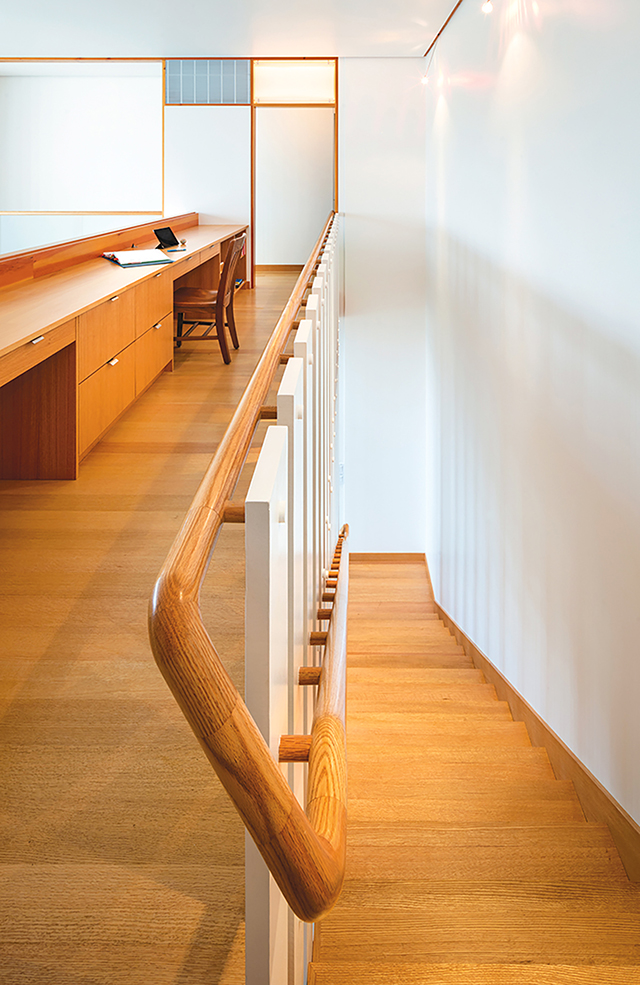 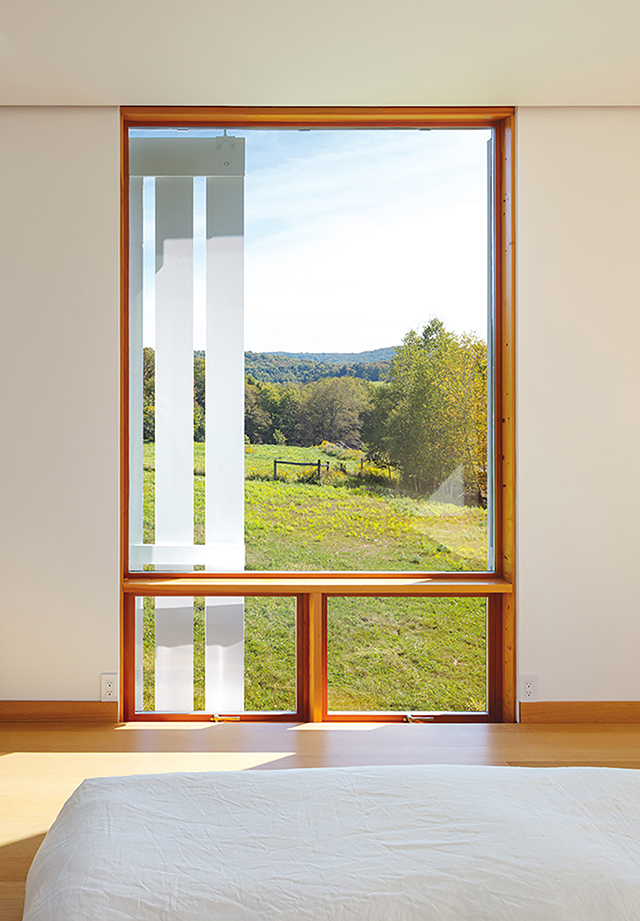 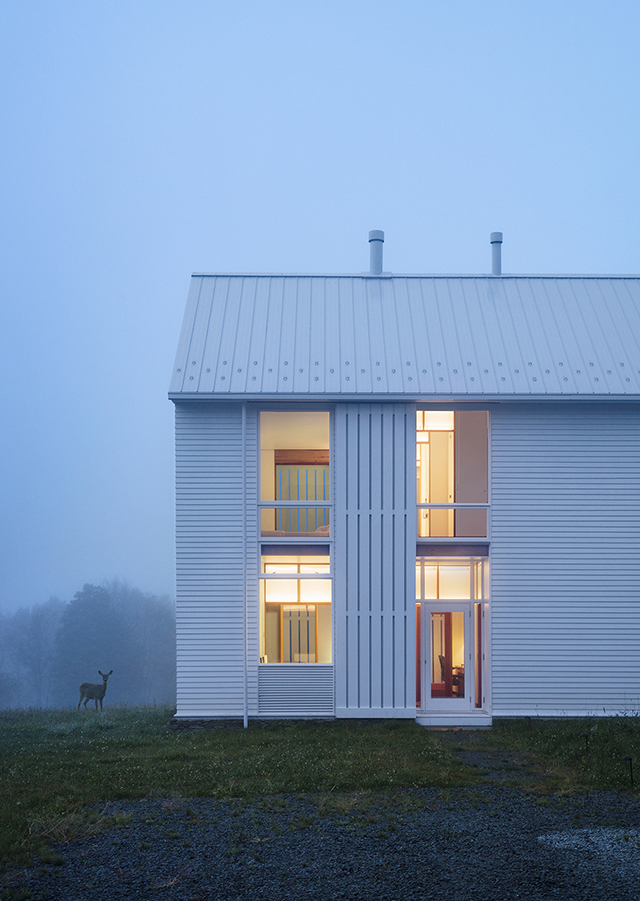 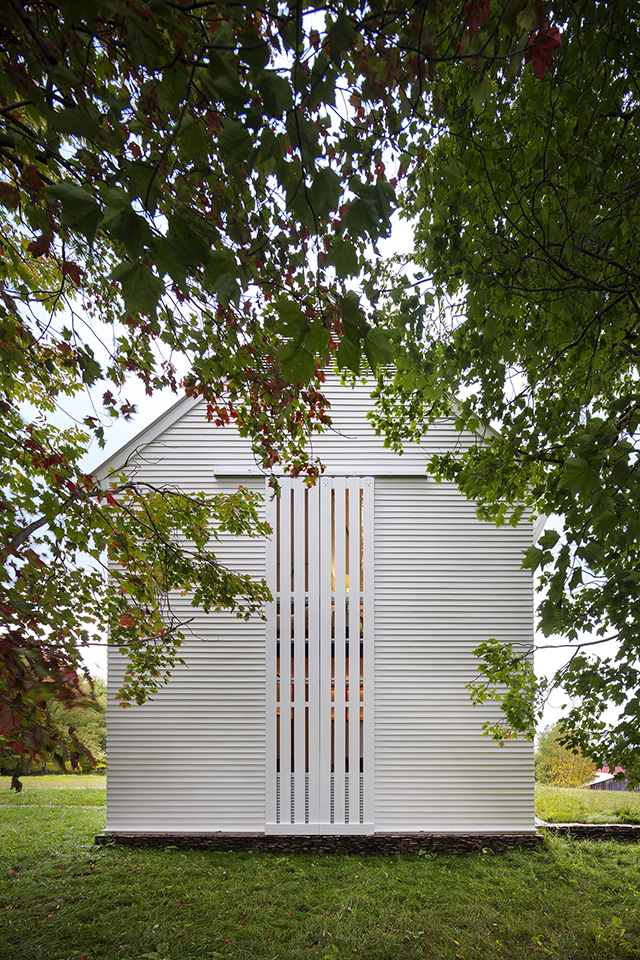 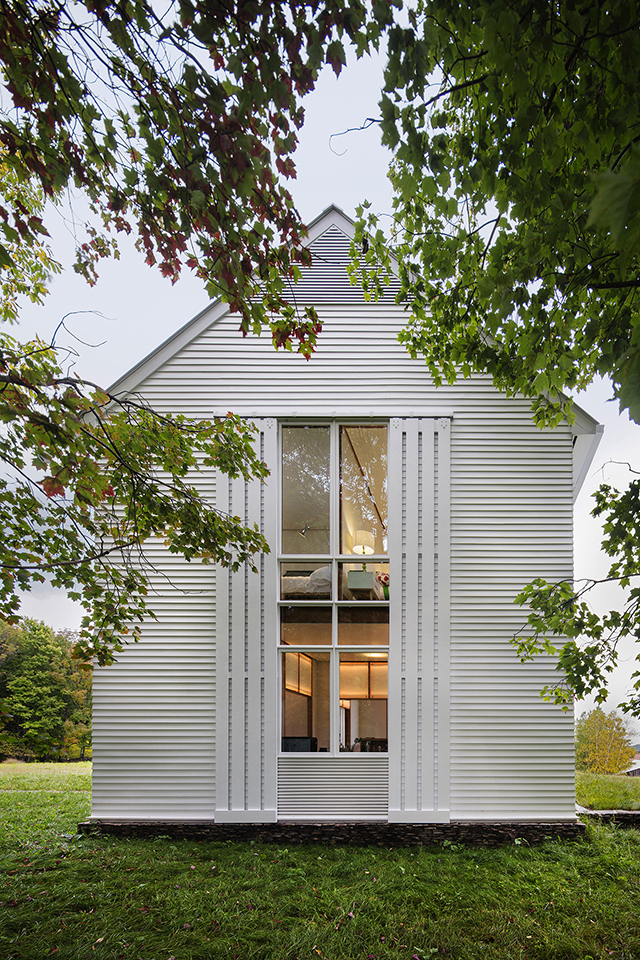 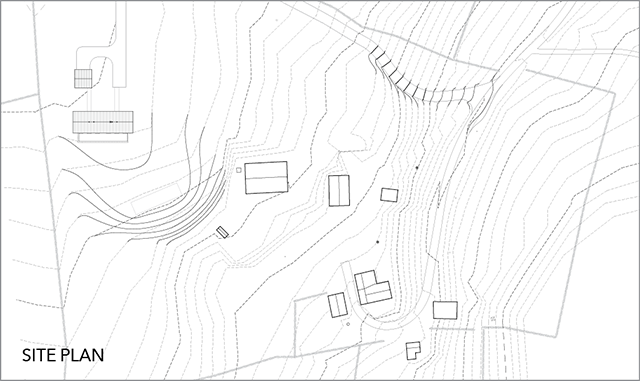 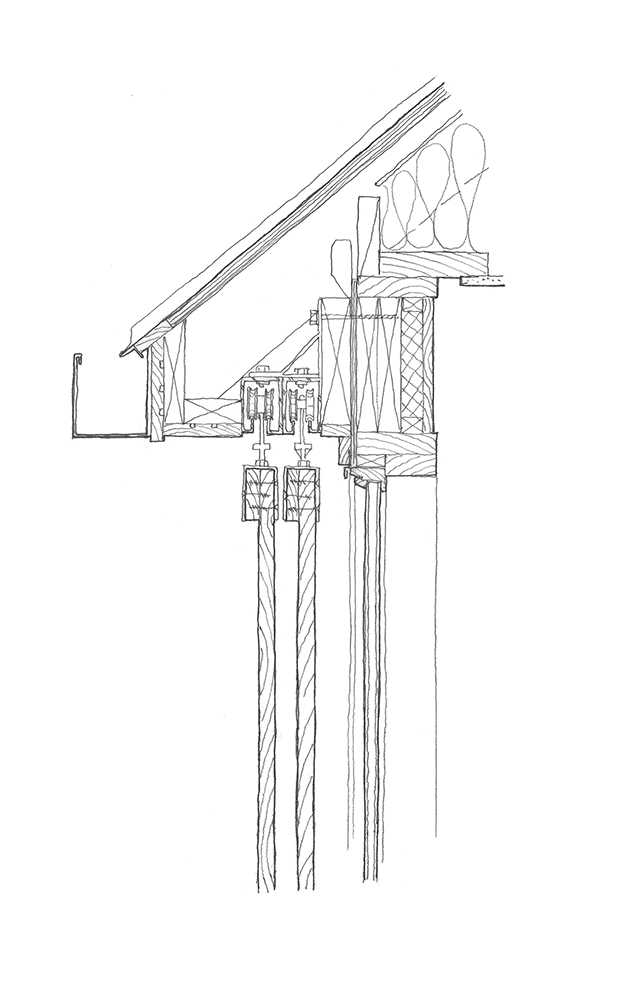