By The American Institute of Architects
Sep 12, 2020
XS HOUSE BY ISA IS A 2020 RECIPIENT OF THE AIA HOUSING AWARDS. PHOTOS: SAM OBERTER

XS House roots are tied to Philadelphia’s urban renewal, rejuvenating and overlooked site, serving as a prototype for urban living through the maximization of density, and proving that even the smallest projects possess the potential for significant impact.

Built on a plot of land so small it barely registered as a development parcel, this project added seven apartments to Philadelphia’s Chinatown neighborhood on a site measuring just 11 feet by 93 feet. In addition to rejuvenating an overlooked site, XS House serves as a prototype for urban living through the maximization of density; acknowledging the zeitgeist of a post-COVID world . While housing markets continue to boom and lots become more and more scarce, this project proves that even the smallest projects possess the potential for significant impact.

XS House’s roots are tied to Philadelphia’s urban renewal, during which the sunken Vine Street Expressway left a 100-foot east-west rift through a number of neighborhoods, Chinatown included. Disconnected by the construction, Chinatown saw many of its blocks chopped up into awkward and odd-shaped parcels, many of which became surface parking lots. This project radically rejuvenates one of these sites, boosting street life and supporting walkable lifestyles.

As one juror noted, XS House is an “extremely innovative way to create housing on the kind of site that is typically left vacant.”

From the outset, the site was nearly invisible. Topped with asphalt, it had been a tandem surface parking lot for an adjacent property owner. The team expanded the extremely narrow footprint through the clever use of bays and mezzanines. Though it is a four-story building, the project connects seven levels of occupied space and features unit stairs that lead to private mezzanine levels and create dramatic volumes. A single shared staircase runs through the center of the building and provides access to the upper units, while the lower units can be accessed at street level.

With a total of nine bedrooms, the building can easily accommodate between 10 and 20 residents and visitors. It sits near Philadelphia’s Center City and its historic attractions as well as a number of train and bus lines. The units’ loft-style layouts are suited for contemporary life with galley kitchens, open floor plans, and breakfast bars that offer expansive views of the city’s skyline.

The design team partnered with a private developer interested in multi-family housing projects on underused land. By choosing the narrow site, the client was able to invest in high-quality building elements while keeping rents reasonable. The team, through its transparent process, balanced constraints with a range of design options that allowed the client to make the best decisions for the site and surrounding community. 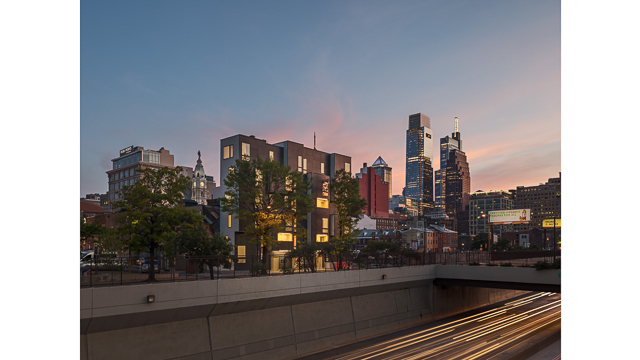 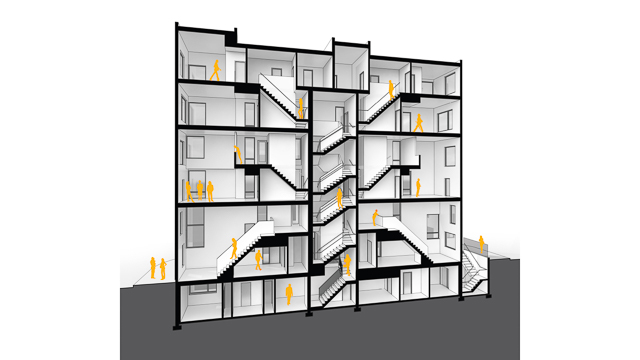 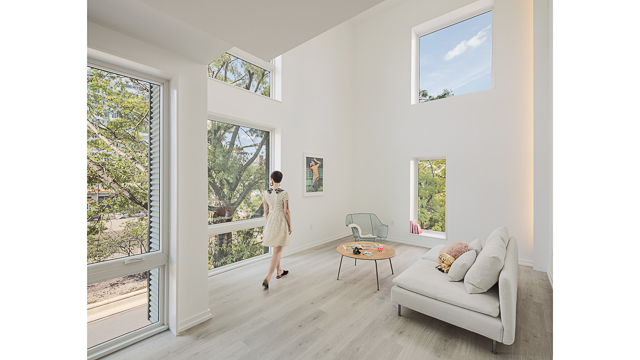 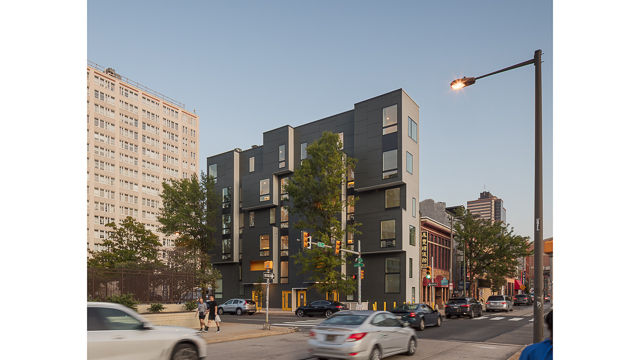 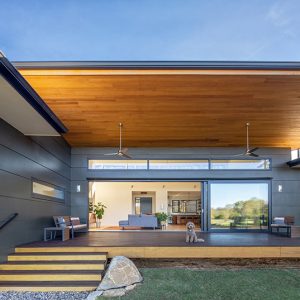 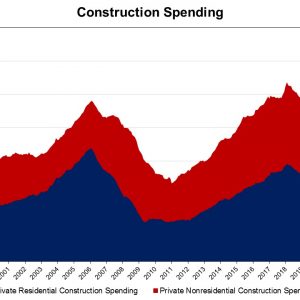 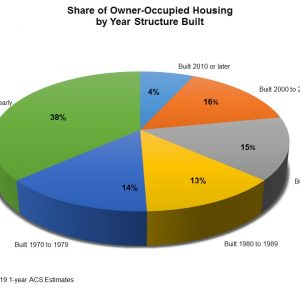 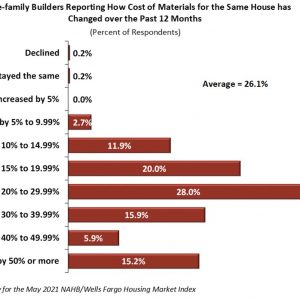